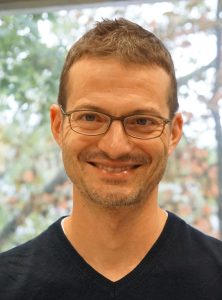 Some like it cold: (Body)temperature-controlled kinase activity in circadian biology, sex determination and beyond

In numerous animals (including crocodiles, alligators, tortoises, and some teleost fish), sex is determined independently of the genotype. Rather the temperature experienced during embryonic or larval stages results in the development of phenotypically male or female animals. Exemplarily, exposing alligator eggs to elevated temperatures produces mostly male offspring. The mechanism by which subtle changes in temperature are sensed to govern sex-specific development, however, has remained elusive.

On January 30th 2020 (2p.m. in H53), Florian Heyd from the Freie Universität Berlin will talk about protein kinases that act as very sensitive thermo-sensors to control changes to alternative splicing. The exciting work combines enzymology, structural-, and RNA biology to reveal in molecular detail how the activity of CDC-like kinases (CLKs) is altered by changes in temperature, resulting in differential phosphorylation of SR-proteins and subsequently in altered splicing patterns.